Shipping:
Calculated at Checkout
(No reviews yet) Write a Review 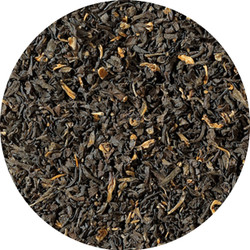 The tea plantation Margherita was founded in 1884 and is situated in the Indian district of Tinsukia. The total surface of this tea garden is 946 hectares of which approx. 614 hectares are used for the tea cultivation. The city of Margherita that was named after a former Italian queen gave name to the growing region nearby. The well-shaped fine leaf with its golden tips develops a dark cup and a strong, spicy scent in the infusion. The full-bodied and strong flavour remains on the tongue for a long time.